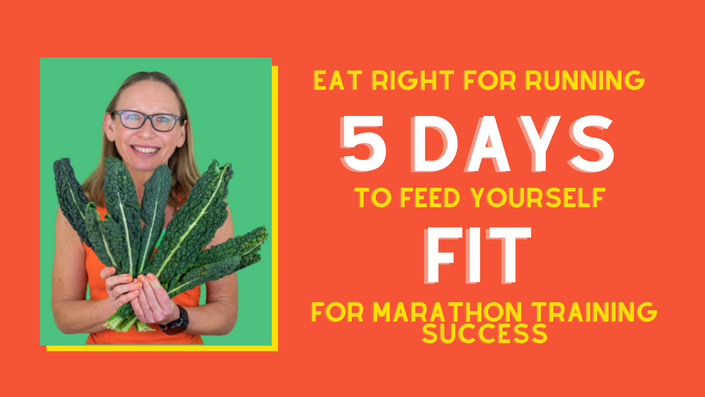 5 Days to Feed Yourself Fit (Old)

Tune up your diet for your running and marathon training

With 5 Days to Feed Yourself Fit

If you’ve got 5 minutes a day

I can help you

FOCUS YOUR FOOD FOR FITNESS

RAMP UP YOUR RUNNING RESULTS

Even if diets don’t do it for you and

You’ve got a full on fussy family who wont eat fruit!

If you are determined to

FINALLY GET FITTER AND FASTER

And ... You want to funk up your food without following latest fitness foodie fad

Without giving up chocolate, chardonnay and cake!

RUN FASTER AND STRONGER FOR LONGER

If you want to

then you need to

to what you’ve been doing

5 Days of my top tips, tricks, treats and challenges including ...

✔ Dishes to ditch in your diet

Plus ... My Challenge Yourself to Change challenge, the only way to get real, rapid and lasting results

Plus, Plus ... My Healthy Snacking Guide bonus, with surprisingly good for you energising recipe treats 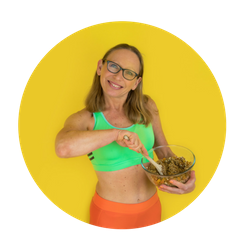 In case you’ve never heard of me

Here’s why I’m uniquely and firmly qualified to tell you everything you had ever wanted to know about how to get your food, fitness and general funk for life back on track

I have a DPhil in Chemistry from the University of Oxford, so you can call me Doctor Cheesecake if you like

Like you, over the years I've really struggled with fitness, motivation and my diet

I WAS A LAZY KID

My brother called me Porky and I was very good at bunking off PE at school, hiding in the music block to get out of running around a field in navy knickers and an aertex top in the freezing cold rain

I found fitness in my twenties bouncing at the back of an aerobic class in a leopard print leotard and leggings, but that didn’t last long

And before long I became a lazy lard arse lady 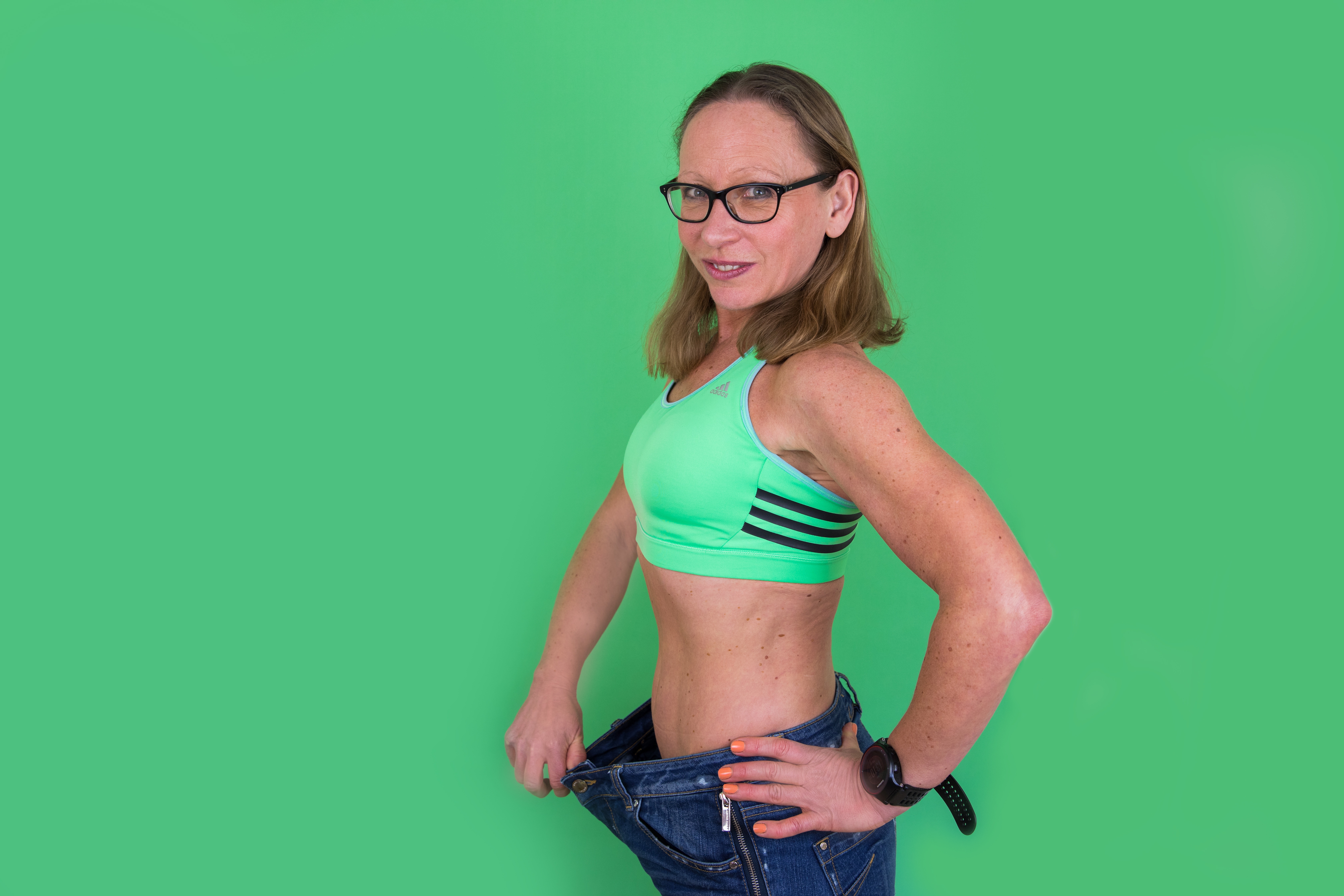 But a few years back, hitting the big 40, I turned my life around by making healthy eating, running and focusing on what makes me tick, my priorities for life

I quit my job as a globe-trotting executive, who ate out in expensive eateries, studied and became certified as a nutrition coach

I also took up running and fitness (again) and now train for marathons for fun! 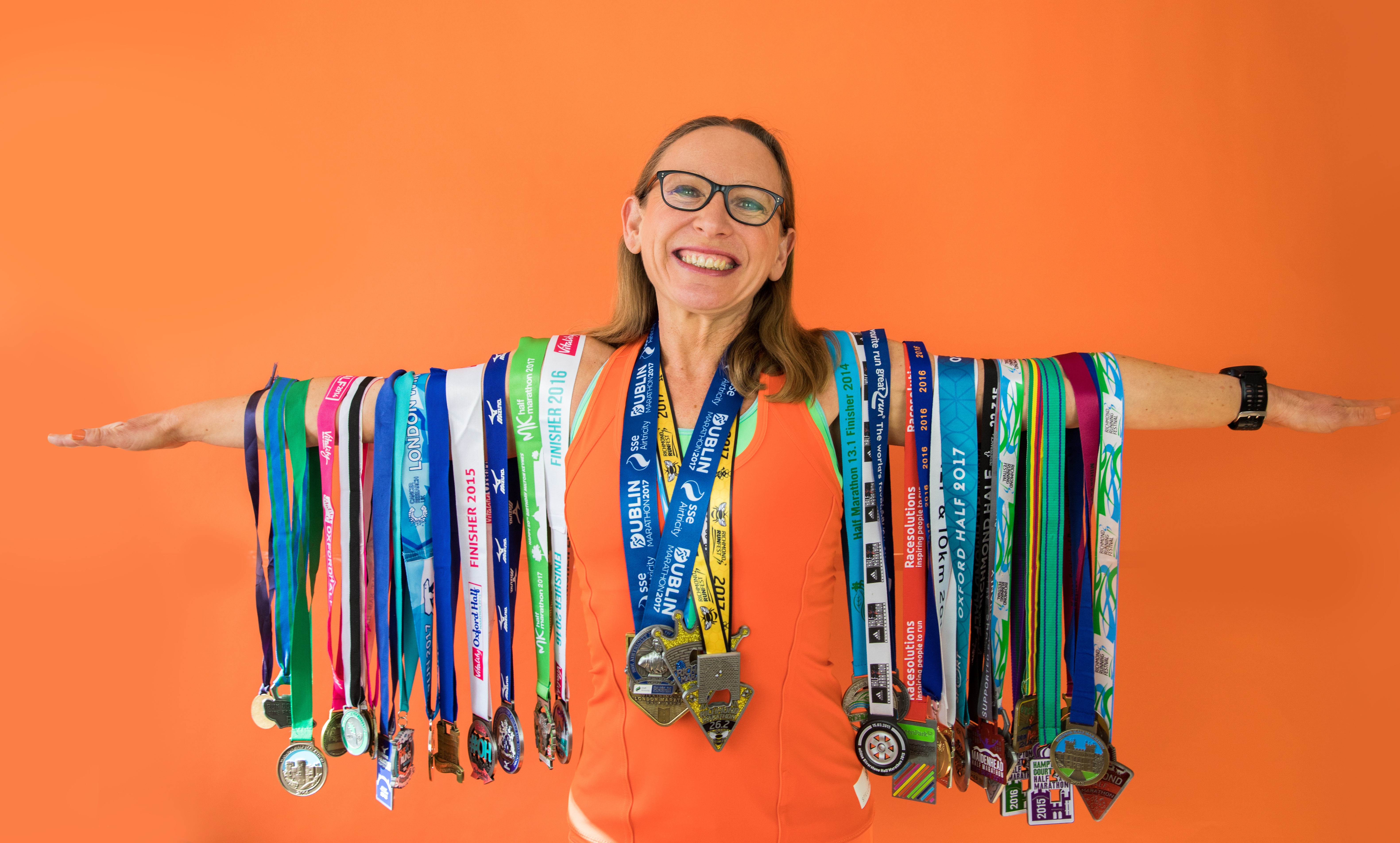 Since then I’ve run loads of races, achieved Good for Age times at both Marathon and Half

I've also worked with loads of women in their forties & fifties, who were struggling with their weight and fitness, go from feeling fat, unfit and unfulfilled to feeling fit and fabulous and finally fulfilling their dreams of racing to their 10k, half and marathon PB’s

IF PORKY CAN DO THIS SO CAN YOU!

I started this business because I was sick and tired of people struggling with their fitness and running because they had a bad diet and nutrition, and couldn’t find a solution

🤔 You could follow Mr Shoutys workouts and diet, and bish bash bosh in your kitchen baking bowls of beans

🤔 You could try to get there eating green smoothie protein shakes for breakfast, lunch and dinner

BUT WHY RISK IT?


✖ Crash diets mess with your metabolism and are not a long term solution for weight-loss, managing your health or supporting your training

✖ Green smoothie protein shakes might aid muscle repair, but they’ll do nothing to provide you with vital energy to power your runs

✖ A personal trainer will make you work, but wont have expertise in food for running fitness (or understand the frustrations of fitting it all in and trying to feed a full on fussy family fruit!)

Following 5 Days to Feed Yourself Fit

You'll save yourself heartache, headaches, time and money

And be able to

RUN FASTER AND STRONGER FOR LONGER

It's a no brainer

Enrol and get started right now!